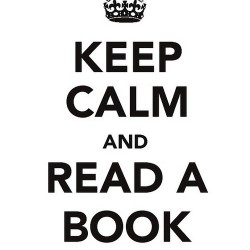 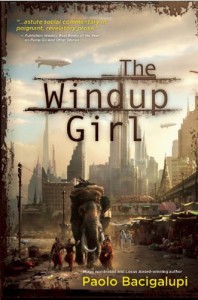 An excellent book, though not for the faint-hearted, that deserves all the hype and awards.
This is a dystopian future created by a free market economy rather than a tyrannical dictator. Greedy corporations have destroyed the world's natural food resources while at the same time oil has run out and greatest energy sources has become human labour.
This is a brilliant premise and a complicated idea to express but the author does an outstanding job. I was sucked into the world in a few pages and although none of the characters is either admirable or heroic you quickly begin to care for them and become caught up in their fate.

And the world building… The masterpiece of his world building is that he doesn’t seem to be doing any. At first he just throws you into crazy, noisy, blight-infested Bankok and abandons you to survive. But gradually through vague comments and brief references you are able to gather information about how our world was reduced to such a state, about the greedy calorie-men and gene-rippers who have wreaked so much disease and destruction on the Earth.

Most reviews remark on the slow-pacing. I didn’t notice until I realised how long it was taking me to read this medium length book. The pace doesn’t drag but the narrative is so complete you want to savour every moment.
I also had no problem with the multiple points of view. Each character had a distinctive voice and the scenes switched seamlessly. I felt I came to know each character as an individual.

Notes:
It is frequently labelled Steampunk but that is a total misnomer - there is no steam, no Victoriana, no brass and no goggles. The correct label seems to be biopunk, a sister genre to cyberpunk.
There isn't a lot of sex or violence but what it has is combined to horrendous effect, unpleasantly so. Definitely not YA like the author’s later books.